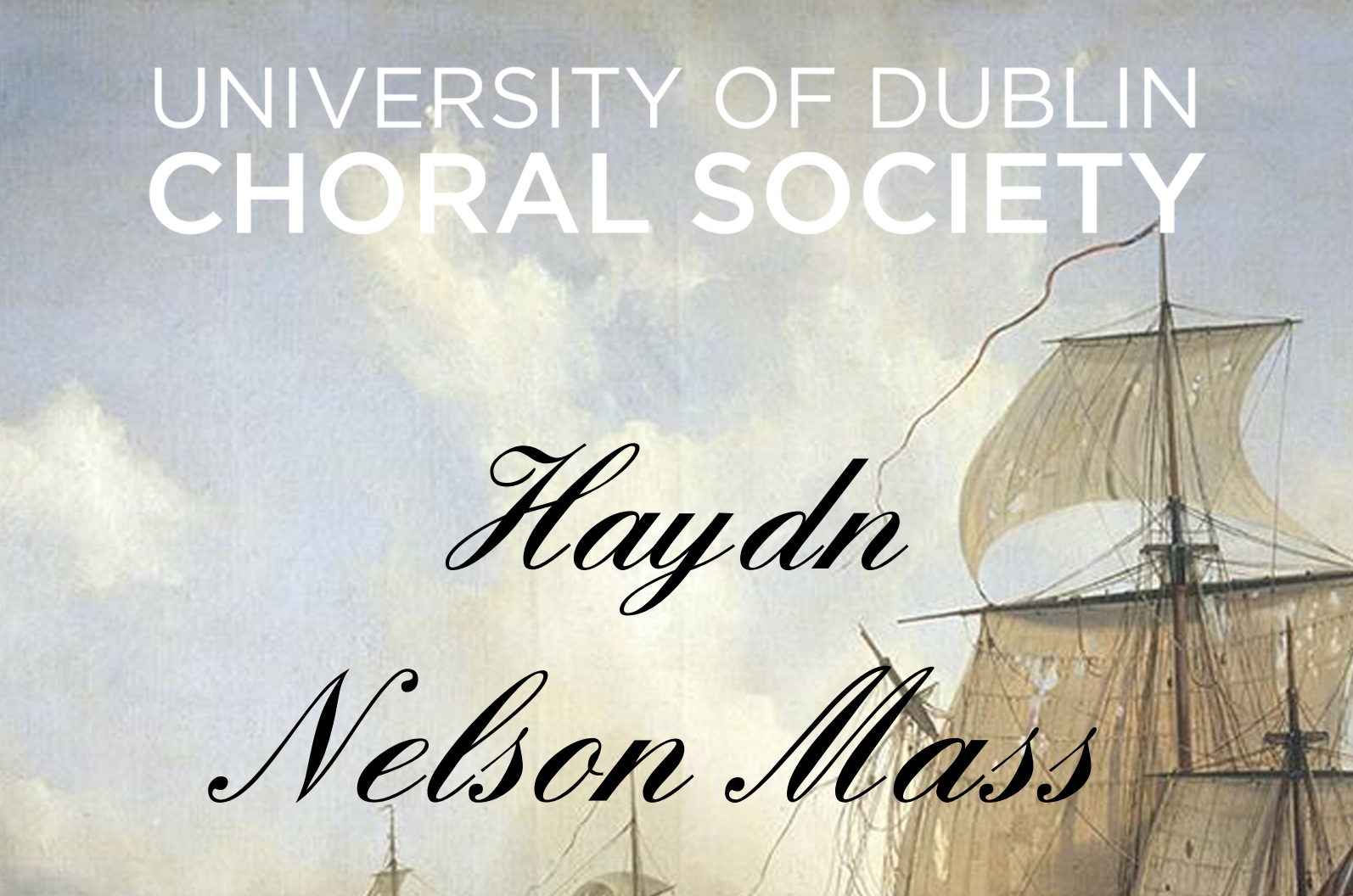 Our Michaelmas performances of Haydn's Nelson Mass will take place on Wednesday 21st and Thursday 22nd of November. Accompanied by two other short pieces from Haydn's repertoire (Te Deum laudamus and Insanae et Vanae Curae) these performances - set in the breathtaking and historic  surroundings of Trinity College's Examination Hall - promise to be unmissable events this November.

Tickets can be bought online here

Tomorrow marks the start of the 2018/19 academic year, and we could not be more excited! Freshers Week will run from 3-7 September, and Choral will have a stand each day from 9am-4pm. Be sure to drop by and sign up for the year.

Our first rehearsal will run from 6.30-9pm in Regent House (above Front Arch) on Wednesday 12th September (subsequent rehearsals will run from 7-9pm). You can also come along and join at this rehearsal. Singers of all levels of experience are welcome to join us as we prepare for our performances of Haydn's Nelson Mass in November. If you have any further questions, please get in touch via our contact us page.

Our Hilary term concert is just a couple of weeks away! This year’s performance of Rossini’s Petite messe solennelle on the 21st and 22nd of March are sure to be two brilliant nights of choral music, not to be missed!

Rossini composed the Petite messe solennelle in 1863, 34 years after his last opera. With one review at the time reading:

“One could sense, from the first measures, the powerful spirit which animated this artist thirty years ago at the time when he chose to put a stop at his glorious career at its culminating point. The composer of William Tell stands proudly before you in his eminence, and you realise with astonishment that neither time nor inactivity have caused any loss of the intelligence with which he is so marvellously endowed.”

Be sure to join us in the wonderful surroundings of the Trinity College Exam Hall for our final concert of the academic year.

We are HUGELY excited to celebrate 180 years of the choral society and 100 years since the birth of Brian Boydell, a key figure in the choir’s (and musical life in trinity’s) history, with our Hilary Term Concert in the National Concert Hall on Wednesday the 5th of April.

To celebrate we will be performing a truly original work; Brian Boydell’s Under No Circumstances. This work was composed specifically for the choir and is, more importantly, about the choir. For the work, Boydell selected excerpts from the minutes of the early days of the society, as such, it is intrinsically linked to our history as a choir and makes no better way to celebrate our 180-year anniversary. The work is laced with satire, witty moments and dark humour, the outcry against ladies attending the societies concerts being just one of many highlights of this rarely-performed work.

To balance this comedic twist, we have Brahms’ German Requiem, a powerhouse of the German Romantic era, the Requiem is renowned for its striking melodies, wonderful counterpoint, and memorable melodies.

Be sure to join Choral as we ring in our 180 in the National Concert Hall with a night of fantastic music. Be sure to get good seats, as this will be a night not to be missed!

Join UDCS for our Michaelmas term concert as we perform the immense Mass in B minor by none other than J.S. Bach. Tickets on sale now here

Join us on Wednesday 23rd September for an exciting performance of some of the best loved choral works in the canon.

The University of Dublin Choral Society’s Summer Singers will be joined by the Viva String Ensemble, Niall O’Sullivan (trumpet) and guests for this concert.

The concert will be conducted by Ross Cullinane.

The University of Dublin Choral Society invites all Under-and Postgraduates, Exchange Students and Alumni of Trinity College to become members in the 2014/15 academic year. As Trinity’s oldest and largest choir, the Choral Society offers its members the opportunity to perform large-scale choral works accompanied by a full orchestra and directed by our professional conductor, Mr David Leigh, in such prestigious locations as the college’s Public Theatre and the National Concert Hall. Please click here to learn more about the society’s history and here for more information about the society’s activities.

We welcome students of all vocal ranges and levels of singing experience.   Join us at our stand in Front Square during Freshers’ week 2014 (15-19 September) or at our first rehearsal scheduled to commence 24 September 2014 at 6.30 pm in Regent House. Should you have any further queries, please do not hesitate to contact us.

Our new chamber ensemble Choral + will be giving its first public performance next week as part of the Trinity Week 2013 event programme. The concert will take place in the Ideas Space of the Long Room Hub on Tuesday 9th April from 6.30-7.15pm. The programme will include a selection of nine short pieces, from composers such as Bach, Mozart, Sullivan, Rossini and Mendelssohn. Admission to the concert will be free.

The first rehearsal for our upcoming performance of Handel’s Messiah will take place this Wednesday [18th of January!] in Regent House. Please arrive by 6.30 pm to allow time for registration and the distribution of scores before the singing commences. New members of some, or no experience at all are more than welcome to come along and join (no audition is required). We look forward to seeing both familiar members return and also plenty of new faces at rehearsal tonight to begin what should be an exciting term!

There will be two performances on the 23rd & 24th of November, the concert begins at 8pm in the Examination Hall. Tickets are available at the Door, €15 or €10 [concession].

The Mass in B Minor is a musical setting of the Latin mass by Johann Sebastian Bach. The work is one of Bach’s last compositions, Bach assembled the Mass in its present form in 1749, just before his death in 1750. The Sanctus of the Mass in B minor dates back to 1724. The Kyie and Gloria had been composed as a Luteran Missa in 1733. To complete the work Bach composed  new sections of the Credo such as Et incarnatus est. These were his last major compositions.

The Composition was premiered by the University of Dublin Choral Society in Ireland in 1908,  and this is the first time in 25 years that the Choir performed this work. The Choir has been practicing very hard for these last few weeks and are especially looking forward to performing this beautiful piece.

Join us the 23rd and 24th of november for two performances not to be missed!